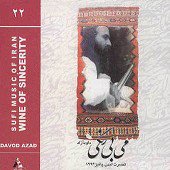 He started initially to explore the wonderful world of Iranian classical music on his own by playing the music of Boromand, Nay Davood, Bigjeh khani and Hoormoozi. After his first encounters, he advanced to study music under the guidance and supervision of Persian masters on vocals and multiple instruments including tar, sehtar, tambour, rabab, and daf. His work is based on long and intensive studies of the past masters of Iranian classical music. He has many publications such as the studies of the school of Tabriz Tar and the Hormozey style of Setar. He is an accomplished multi-instrumentalist and vocalist. Mastering in the Iranian Classical music, the Azeri folk music, the Ancient Persian music, and the Persian Sufi music, specifically influenced by the music of the Ghajar period in Persian history, a pure form undiluted by western styles.